Thursday Jan 7, 2016 7:30 PM This is a past program
*Spoiler alert: this Q&A includes spoilers about the film.

Set some years after the Civil War, the film opens with a lone stagecoach racing across a forbidding wintry terrain. Bounty hunter John Ruth (Kurt Russell) is on his way to collect his reward for capturing Daisy Domergue (Jennifer Jason Leigh), a notorious gang criminal. They encounter two unlikely strangers along the way in the middle of a blizzard: Major Marquis Warren (Samuel L. Jackson), also a bounty hunter and former union soldier, and Chris Mannix (Walton Goggins), self-proclaimed new sheriff of the town where Ruth is to collect his prize money. Mutual suspicion ensues but the four end up traveling together and finding refuge in a stagecoach stopover where four mysterious individuals, played by Demian Bichir, Bruce Dern, Michael Madsen, and Tim Roth, await their arrival. Sizing each other up, the characters slowly unmask one another’s secrets. The initial calm gradually explodes into a grisly bloodbath. Who will be the last one standing?

Shot on 65mm film stock and released initially on the almost-obsolete super widescreen 70mm projection format, complete with an overture and intermission, The Hateful Eight brings back a bygone era of cinema when movie-going was a glitzy event. 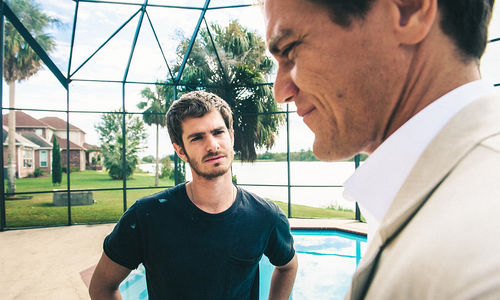