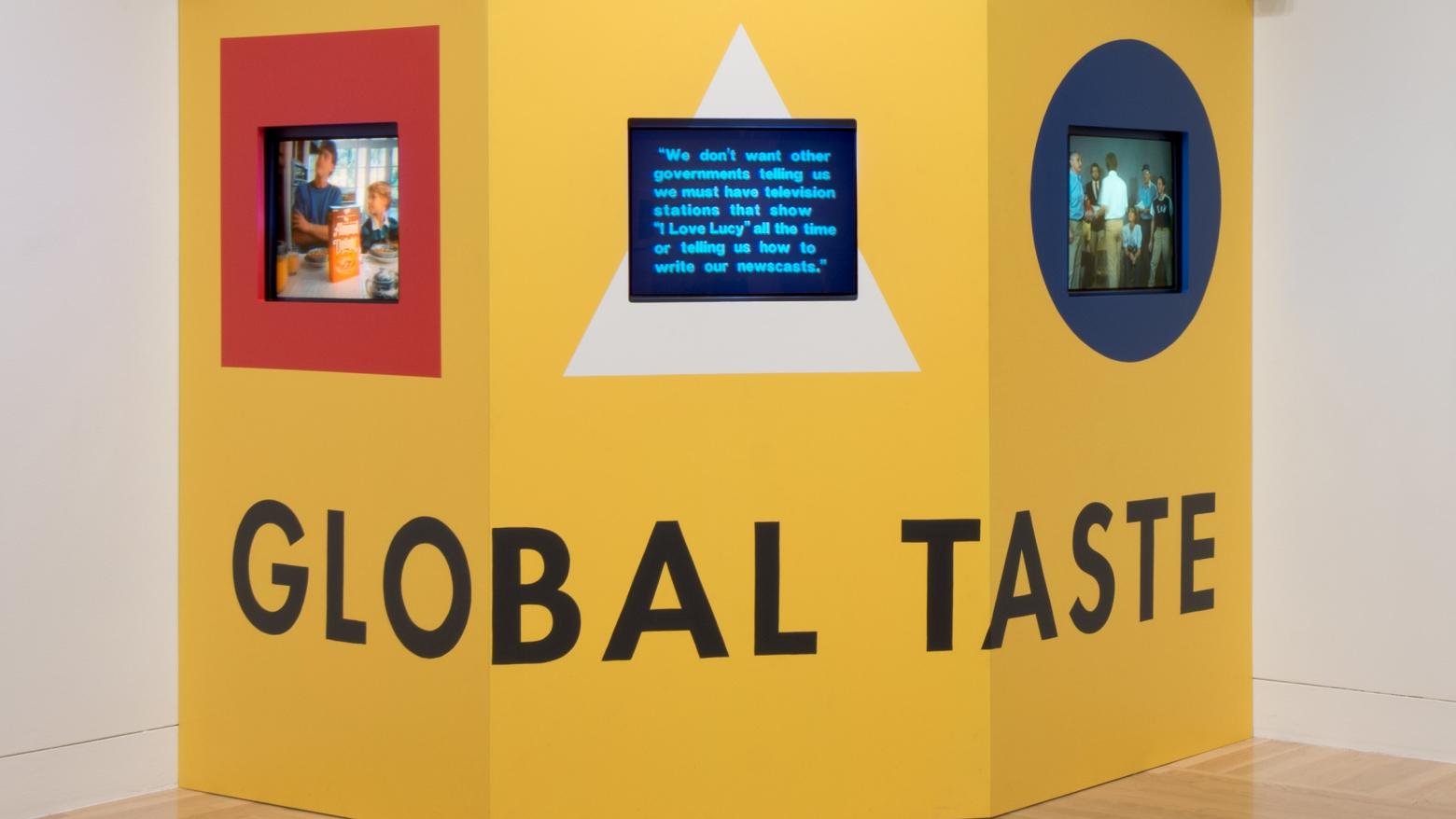 See all works by Martha Rosler

From her radical collages of the late 1960s and early 1970s juxtaposing war victims with well-appointed suburban interiors to her recontextu­alized libraries and garage sales, Martha Rosler makes challenging works in collage, installation, performance, photography, and video. An avid writer and a strong voice within the debates surrounding contemporary art and politics, she has published her essays internationally. In her art and writings, Rosler investigates the intersec­tion of private and public spaces, exploring the construction of the public sphere and its impact on individual identity. Her evaluation of the use of images and text in popular and mass media has generated humorous yet poignant videos and collages that parody the construction of denial and desire so familiar in advertising.

The Bowery in two inadequate descriptive systems (1974–75) is a grid of black-and-white photographs designed like a book or a magazine spread intended to be read left to right and top to bottom. The work includes twenty-one diptychs pairing scenes of New York's Bowery, on the Lower East Side, with lists of words typed on white backgrounds and printed on photographic paper. Rosler's photographs of the Bowery are intentionally vacant: dilapidated storefronts, empty doorways, dirty windows. Urban detritus, especially empty liquor bottles, litters the sidewalks. The groups of accompany­ing words are terms for drunks and drunkenness.

After evolving into an affluent area of Manhattan in the early 1800s, the Bowery quickly settled into disrepute, populated by alcoholics and homeless people living among the bars, brothels, cheap hotels, and lowbrow theaters. Although gentrification has changed the neighborhood significantly over the past decade, the Bowery was the city's skid row for the better part of the twentieth century. The Bowery in two inadequate descriptive systems examines the role of documentary photography in acts of representation. By refusing to present stereotypical images of vagrants and by address­ing questions of social class, the work points to the tendency of what Rosler calls, in a related text, "the 'find a bum' school of photography," practiced by "people with expensive cameras," to generalize or victimize. By instead showing us a doorway that a homeless person may have adopted for shelter or an empty whiskey bottle paired with series of vernacular terms related to alcoholism, Rosler highlights what she calls the "poverty of representation" offered by the "two inadequate descriptive systems" of the work's title.#

Following the supposition that food is a barometer of social status, gender roles, and cultural identity, Rosler has made several works that take as their subject the advertising, con­sumption, and preparation of food. In Global Taste: A Meal in Three Courses (1985), three television monitors are encased in a painted wooden structure, two of which are surrounded by painted frames. On the first monitor we see a parade of television advertise­ments, mostly for food, from various countries; on the second, a lecture on cultural imperialism accomplished primarily through the spread of English; and on the third unframed screen, footage of actors auditioning for a musical baseball-themed soda commercial. Rosler's take on the "global village" suggests that America's influence on taste—both gastronomic and personal or cultural taste—has an intentionally flattening effect. By exporting American foods and other cultural products to countries all over the globe, the United States exerts its economic and political power and helps rob ethnic popula­tions of their cultural identities. The growing markets for American products in an increasing number of countries assure growth for American companies and the continued dominance of the United States on the world stage.