In this first West-Coast showing of his latest film, completed while in residence at the Hammer Museum, artist Johan Grimonprez casts Alfred Hitchcock as a paranoid history professor, unwittingly caught up in a double take on the cold war period. Double Take targets the global political rise of fear as a commodity, in a tale of odd couples and double deals as television hijacks cinema, the Krushchev and Nixon debate rattles on, and sexual politics quietly take off. Story by Tom McCarthy, edited by Tyler Hubby and Dieter Diependaele, and with music by Christian Halten. (2009, 80 min., Dir. Johan Grimonprez) 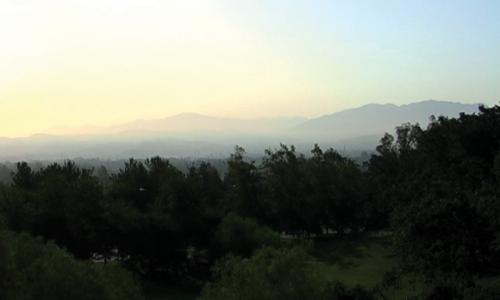