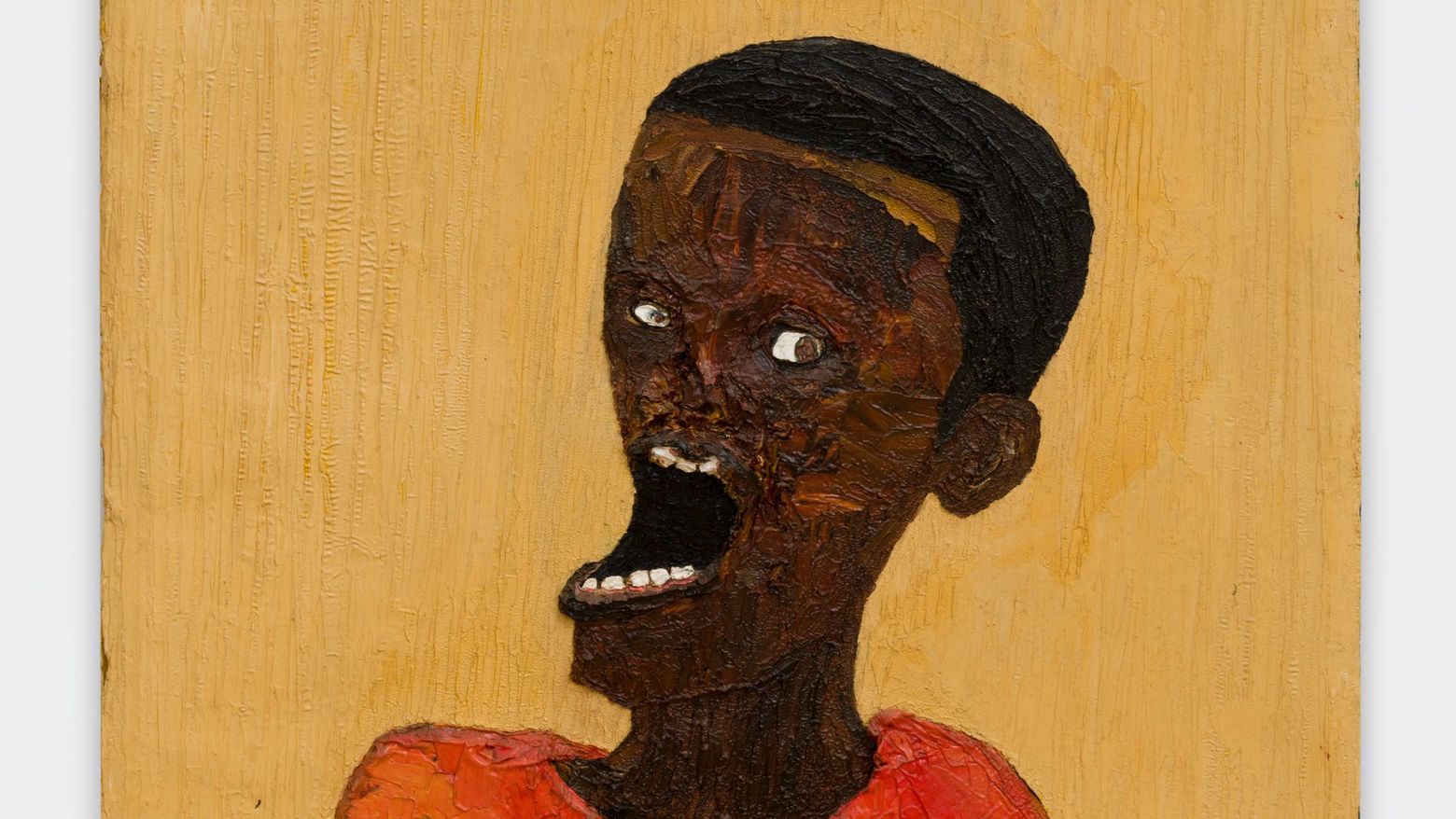 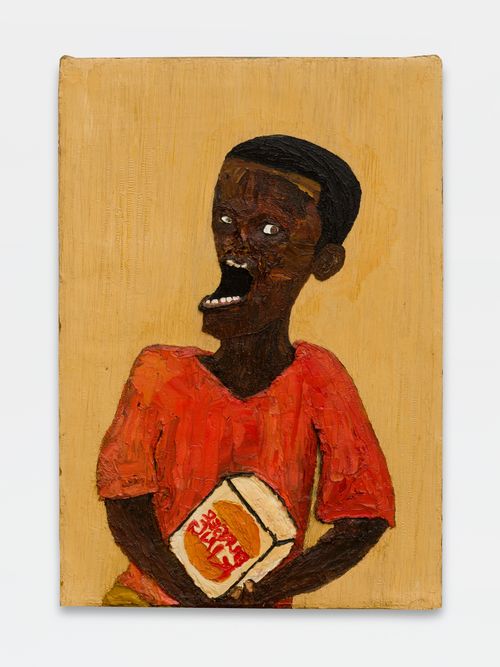 Brandon D. Landers was born in 1985 in Los Angeles. He received a BA from California State University in Bakersfield, where he still lives. Landers’s paintings are composed of irregular surfaces, applied thickly, and shaped with a palette knife. His subjects are a mix of portraits, gatherings, and quotidian scenes, some pulled from his imagination, others from memories of his childhood and family life in South Central Los Angeles. Through his prolific body of work, Landers has articulated a distinct vocabulary: rooms that seem to defy the rules of perspective, human proportions that are often distorted, and characters showcasing monstrously toothy grins. Advertising and brands are occasionally featured in his images, but the text in the paintings is consistently drawn backward—mirrored—stressing the alternative reality of his compositions. Cues, codes, and play with language are peppered throughout the works (e.g., outlets make an incongruous cameo in the paintings as a response to the colloquialism “Are you plugged in?”—to which he answers, “I’m the outlet”). Landers has exhibited his work at M+B Gallery (2019); BBQLA (2018); Club Pro (2017), all in Los Angeles; Younger Gallery, Bakersfield (2016); and Todd Madigan Gallery, California State University, Bakersfield (2013).