Revivals and Modernity: The Printed Image in Nineteenth-Century France, Part 3

The following is the last of three excerpts from Cynthia Burlingham's essay in Noir: The Romance of Black in 19th-Century French Drawings and Prints, Edited by Lee Hendrix (Getty Publications, 2016). Read the first and second excerpts.

The Getty Museum's exhibition Noir: The Romance of Black in 19th-Century French Drawings and Prints—which includes several works from the Hammer Museum's Grunwald Center Collection—is on view from February 9–May 15, 2016.

The sometimes overly precious trappings of the belle épreuve stood in opposition to lithography’s popular status as an easy means of disseminating images to a wide audience. Lithography, though it shared etching’s affinities with drawing, had not enjoyed the commercial or critical success that etching had in the 1860s and 1870s. Cadart had tried, unsuccessfully, to produce an Album lithographique (Album of lithographs) in 1862, at the same time that he published his first Eaux-fortes modernes album, in the preface to which Gautier criticized “the vulgarity of the lithograph.” Burty had also supported the artistic merits of lithography in his preface to the 1861 sale catalogue of a group of lithographs by Romantic artists. But in spite of these claims for lithography as an artistic medium, it remained steadfastly linked in the eyes of critics and collectors with political imagery, propaganda, and commercialism. The spectacular pen lithographs of Rodolphe Bresdin (1822–1885) were notable exceptions, but most fell outside mainstream interests and garnered little attention from critics. Honoré Daumier (1808–1879), who had spent his career making drawings on stone on a daily basis for popular magazines, was largely dismissed as a journalist by critics and collectors, if not by his fellow artists. (16)  Indeed, in works such as Civil War of 1871, Manet was perhaps evoking the subversive nature of Daumier’s lithographic crayon in his depictions of actual events.

Many of the techniques that had facilitated the commercial development of lithography had proved detrimental to the quality of the prints. (17) Most of Daumier’s late works were printed by the new technique of gillotage, which by the 1870s had largely displaced lithography as a means of printing popular imagery. Gillotage, which turned a lithographic plate into a relief block compatible with blocks of type, favored easy, simultaneous production of print and image. In many illustrations the process resulted in loss of nuances of detail and gradation of tone (fig. 8). Beginning in the 1880s, proponents of lithography again promoted traditional stone lithography and transfer lithography as media for painters. Alfred Lemercier, who had declined to print lithographs for Cadart’s doomed project in 1862, ran the largest lithographic printing business in Paris. With multiple presses specifically designed for different types of lithography, Lemercier printed works by artists ranging from Bresdin to Eugène Carrière (1849–1906) and Odilon Redon (1840–1916). The most significant improvements of the period were in the technique of transfer lithography, which obviated the use of a lithographic stone, and these led to innovation and a revival of artistic lithography. Even more akin to drawing than traditional stone lithography, transfer lithography involves drawing with lithographic ink or crayon on special paper, which is then transferred to the lithographic stone and printed. The resulting image prints in the same direction as the drawing on paper, and can also convey the texture of the lithographic transfer paper. In the 1870s Lemercier introduced a thin, smooth coated paper, known as papier végétal, which became exceptionally popular with artists. The smooth surface was receptive to delicate crayon work, and the paper, because of its thinness, could pick up the texture of any surface underneath it. 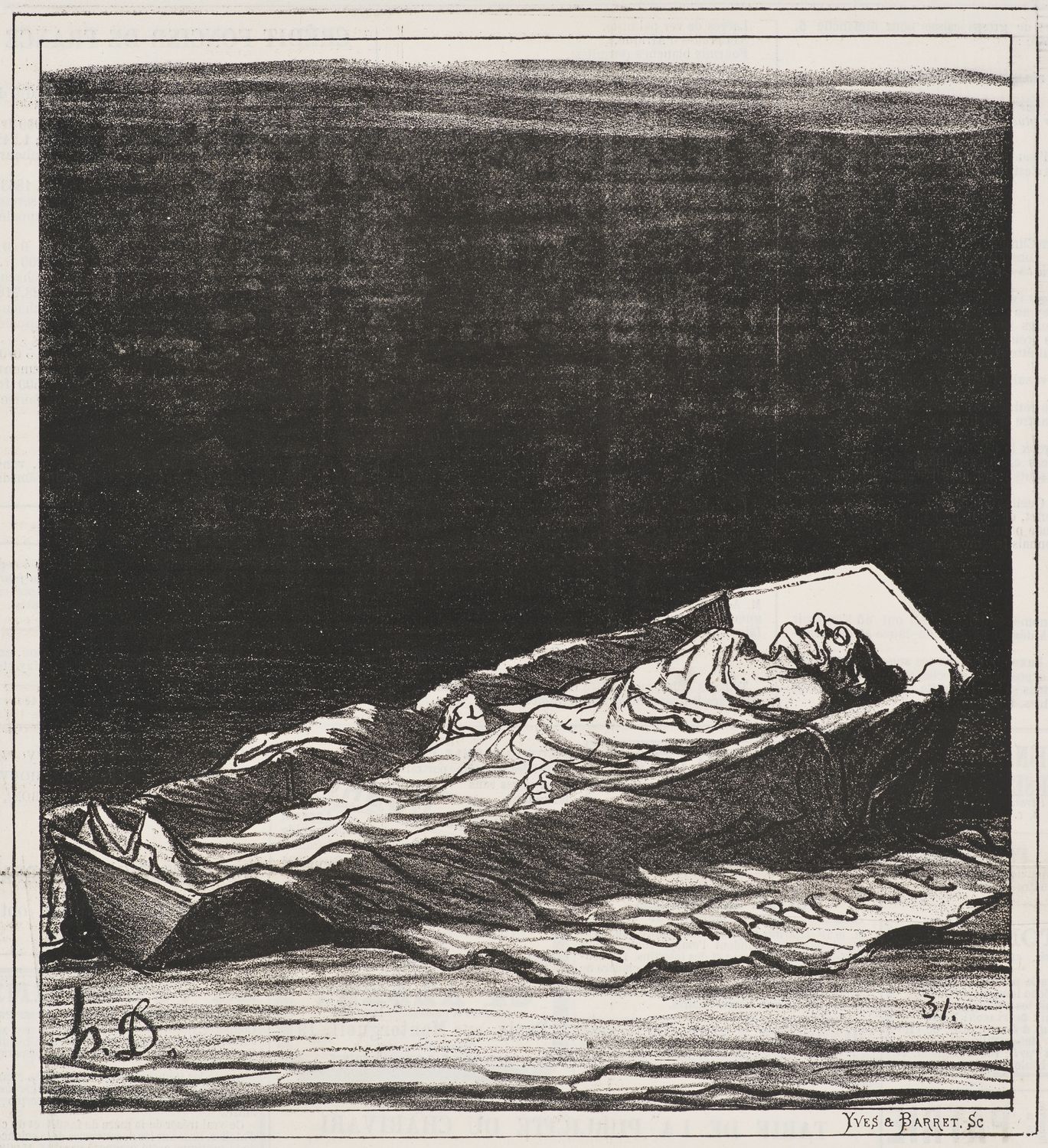 Corot came to transfer lithography late in his career, in the 1870s, using it largely as a medium to replicate drawings, with little reworking. Henri Fantin-Latour (1836–1904) first exhibited his lithographs at the Salon of 1877, employing the medium to create visual counterparts of music by Brahms, Schumann, and Wagner. He initially worked up a drawing on transfer paper placed over a textured surface, then reworked the stone through scraping and crayon additions. Redon learned transfer techniques from Fantin-Latour; he too began with transfer lithography and then extensively reworked the drawing on the stone.

Many artists valued the ease and simplicity with which transfer lithography reproduced their drawings—the very qualities that had alienated critics and collectors from lithography theretofore. As Redon noted, “Transfer paper is excellent for improvisation. . . . I like it very much because it is more responsive than the stone.” (18) Use of transfer paper allowed artists to work on a composition in private without engaging with printers and the larger collaborative workshop, though, like Redon, many continued working on their compositions after they were transferred to the stone. Although the use of transfer lithography would continue to be controversial, collectors soon gained confidence in the medium of lithography, and by the 1890s color lithography would dominate the market for the original print.

In many ways the first exhibition, in 1889, of the Société des peintres-graveurs (Society of Painter-Printmakers) represented a culmination of the movement from the reproductive print to the idea of the print as an extension of the painter’s art. A collaborative effort by Buhot, Burty, and the dealer Paul Durand-Ruel, the Exposition des peintres-graveurs  at the Durand-Ruel gallery featured 353 entries by thirty-nine artists.(19) Encompassing different generations of painters and  printmakers, from the 1860s etching movement to the Impressionists, the exhibition featured original prints in all media alongside paintings, drawings, and pastels. Maintaining that no reproductive work was included, Burty emphasized in his preface to the exhibition catalogue the importance of the print as an original expression of the artist, on an equal footing with painting and sculpture. Buoyed by critical support and commercial success, the artist’s print would continue its primacy well into the next century.

16. For example, Degas had a collection of more than eight hundred Daumier prints.

K.A.M.P. (Kids Art Museum Project): The World Around You