Sondra Perry makes videos, performances, and installations that foreground digital tools as a way to critically reflect on new technologies of representation and remobilize their potential. Her works examine how images are produced in order to reveal the way photographic representations are captured and recirculated.

Perry was born in Perth Amboy, New Jersey, raised in New Jersey and North Texas, and has lived and worked in Newark, New Jersey since 2019. She received her MFA from Columbia University, New York, and her BFA from Alfred University, Alfred, New York, in 2015 and 2012, respectively. Celebration of Our Enemies: Selections from the Hammer Contemporary Collection 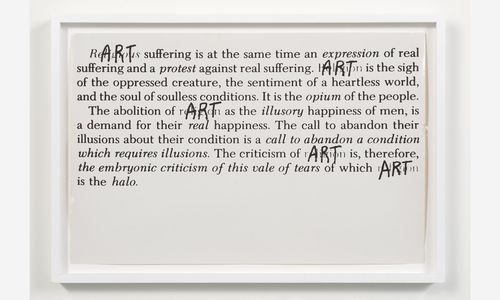