This program offers a critical re-evaluation of comedian Eddie Murphy’s controversial 1983 concert film, Delirious. The film, which helped catapult the young Murphy to superstardom, experienced backlash from the LGBT community upon its release due to its incendiary, homophobic content. UCLA Professor Uri McMillian will lead a Q&A following the screening.

Mark Bradford cites the film as an influence for his multimedia installation, Spiderman, a component of the exhibition Mark Bradford: Scorched Earth. Bradford experienced Murphy’s performance firsthand, and Spiderman offers an opportunity to address Murphy’s problematic depictions of gays and people living with AIDS. Bradford performs a comedy routine, channeling the explicit irreverence of African American entertainers such as Blowfly (Clarence Henry Reid), Jackie “Moms” Mabley, and Richard Pryor. Through Spiderman’s canned laugh track emerges a critique of the cultural fear, ignorance, and misrepresentation surrounding black masculinity and the early years of the AIDS crisis.

Uri McMillan is interested in nineteenth and twentieth-century performance cultures, and their particular intersection with literary cultures and visual art, with a particular emphasis on black performance art. He received his Ph.D from Yale University in 2009, where his dissertation was awarded the Sylvia Ardyn Boone Prize for best written-work by a graduate student on African or African-American Art. His first book, Embodied Avatars: The Art of Black Female Performance will be published on the Sexual Culture series, edited by Jose Munoz and Ann Pelligrini, and released by NYU Press in 2015. In it, he argues that through an aesthetics of self-objectification, black women performers enacted striking and brave performances of alterity. He interprets these performances of objecthood--or the ways these social actors transformed themselves into art objects--through the concept of the avatar. In doing so, he re-renders "avatar" and its multiple meanings to gesture toward the synthetic selves enacted in black performance art. He is on leave for the 2013-2014 academic year, supported by a Career Enhancement Fellowship for Junior Faculty from the Woodrow Wilson Fellowship Foundation. His work has been supported by the Ford Foundation, Social Science Research Council, and the Beinecke Rare Book and Manuscript Library. Professor McMillan has courtesy appointments in Afro-American Studies and Gender Studies, and sits on the faculty advisory committees for the LGBT Minor as well as the Disability Studies minor. 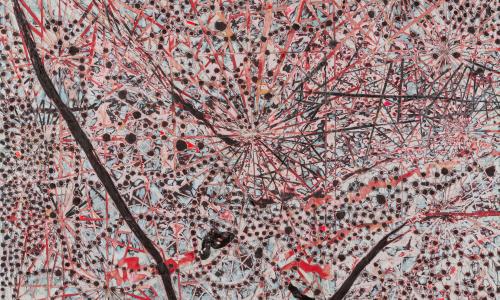