Skip to main content
Screenings
Part of the series I Am Armenian: A Year of Armenian Culture and History on Film

In commemoration of the 100th anniversary of the Armenian Genocide, we dedicate 2015 to an exploration of multiple facets of Armenian culture, history, and landscape through film in our series I Am Armenian.

Although there is an international consensus that up to 1.5 million Armenians died in the Ottoman Turkish Empire between 1915 and 1918, the Armenian genocide is still not recognized by Turkey as a historical fact. Aghet – Ein Völkermord, acclaimed German director Eric Friedler’s award-winning documentary, deals with the political motives for this continuing silence. A discussion of the Armenian Genocide will follow the screening, with filmmaker Dr. Carla Garapedian of the Armenian Film Foundation and Harut Sassounian, as well as complimentary coffee, tea, and Armenian pastries. (2010, Dir. E. Friedler, 90 min).

Dr. Carla Garapedian is the director and producer of “Screamers,” featuring the Grammy award-winning band ‘System of a Down,’ on theatrical release in the US and Canada in 2007, and released on DVD in 2008 by Sony BMG. This critically acclaimed film, looking at the recurring problem of genocide and genocide denial, has been described as “brilliant” (Larry King, CNN), “eye-opening” (LA Times), “extraordinary (Maxim), “articulate and invigorating” (New York Times) and “powerful” (UK Guardian). The film debuted at the American Film Institute Festival in November 2006 where it won the coveted Audience Award. It has been translated into 12 languages and shown in universities, schools, churches, synagogues and cultural institutes around the world.  It has also been screened for the U.S. Congress, European Parliament, United Nations and British Parliament

"Through Michael's films, the Armenian Film Foundation is doing the fundamental work of telling the stories of genocide survivors.  These eyewitness testimonials are educating people all over the world."  says Garapedian, who earned her doctorate in international relations at the London School of Economics and Political Science before working as a producer, director and foreign correspondent based in Britain.

The headline about Garapedian in The Los Angeles Times best describes her filmmaking background -- “Documenting Truth in Dangerous Places.”  She made world headlines in her film “Dying for the President” about the war in Chechnya.   She made her name with the film about the brutal treatment of women in Afghanistan -- "Lifting the Veil" -- which premiered in the U.S. in August 2003.  More headlines followed her 2005 film, "My Friend the Mercenary" about the attempted military coup in Equatorial Guinea, linked to Mark Thatcher and the notorious mercenary, Simon Mann.   Her other acclaimed documentary, “Children of the Secret State” detailed starvation, human rights abuses and cannibalism in North Korea.   In “Europe’s Nuclear Nightmare” for the BBC she went inside some of the world’s most dangerous nuclear reactors to document safety abuses.  “Iran Undercover” – about the underground student movement in Iran – won the prestigious Edward R. Murrow award as part of the PBS Frontline World series.

Garapedian is the only American to anchor the famous BBC World News.  She has also been a correspondent for NBC Sunrise, NBC Nightly News and CNBC in London.   She narrated the Armenian genocide film, "Voices from the Lake" by celebrated filmmaker, J.Michael Hagopian, as well as co-writing his award-winning film "Germany and the Secret Genocide."  She is the narrator for his most recent genocide film “The River Ran Red.”

Mr. Sassounian is the publisher of the California Courier newspaper. His editorials are translated into half a dozen languages and reprinted in over 200 newspapers and websites around the world, including the Huffington Post.

He is also the President of the United Armenian Fund, a coalition of five major Armenian-American charitable organizations that have procured and shipped over $700 million of humanitarian aid to Armenia since the 1988 earthquake. He was the Vice Chairman of Kirk Kerkorian's Lincy Foundation, overseeing $242 million of infrastructure projects in Armenia.

Mr. Sassounian was a human rights delegate at the UN for 10 years.

He serves on the board of the Diaspora Ministry of the Republic of Armenia and is an Advisory Board Member of the Armenian National Committee of America.

Mr. Sassounian is the author of "Armenian Genocide: The World Speaks Out, Documents and Declarations" (published in English, Romanian, and Arabic).

In recognition of his humanitarian efforts, he has been decorated by the President of the Republic of Armenia and is the recipient of the Ellis Island Medal of Honor. 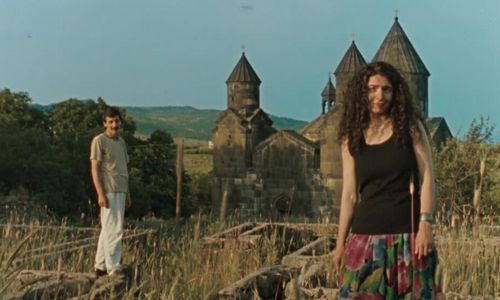