The film is a record of Chang’an Boulevard at a sequence of measured distances along its 45 kilometers length from east to west. At each measured increment, the artist records a single frame for one minute. The whole film is composed of 608 one-minute segments. The length of the film is 10 hours and 13 minutes. Beijing, the capitol of China for over 600 years, has a prime architectural orientation and order to its urban fabric. The structure of the city is divided in half by Chang’an Boulevard along the east-west axis. After 1949, Chang’an Boulevard and the heart of the city, Tiananmen Square, became China’s main cultural political center and landmark.

The film records the city through the transformation of urban landscape. The act of recording is minimal: it is filmed in a peaceful, quiet manner, focusing on the nature of time and pure observation. The work reveals Beijing as an organic whole, capturing the rhythms of the city, its social structure, cityscape, socialist-planned economy, capitalist market, political power center, commercial buildings, and industrial units as pieces of a multi-layered urban collage. 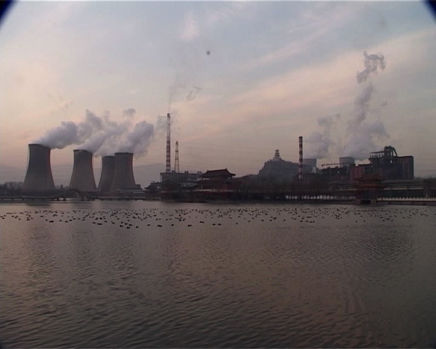