Tuesday Apr 22, 2008 This is a past program
Winner of the 1960 Academy Award for Best Foreign Language Film, this ancient love story is based on the musical Orfeu da Conceição, by Vinícius de Moraes. With a celebrated bossa-nova soundtrack by Antonio Carlos Jobim and Luis Bonfá, the film re-imagines the Greek myth of Orpheus and Eurydice in the slums of Rio de Janeiro during Carnivale.

Public programs are made possible, in part, by major gifts from the Annenberg Foundation, Ann and Jerry Moss, and Mimi and Werner Wolfen. Additional support is provided by Laura Donnelley, Bronya and Andrew Galef, Erika Glazer, an anonymous donor, and the Hammer Programs Committee. Hammer Lectures are supported, in part, by the Frederick R. Weisman Art Foundation.

Films Selected by Kara Walker: I Walked with a Zombie 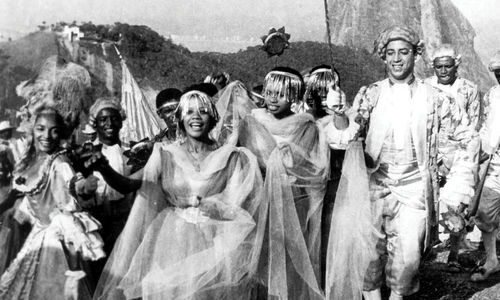