David Bezmozgis’s first book, Natasha and Other Stories, was translated into more than a dozen languages and was a New York Times Notable Book, as well as one of the New York Public Library’s 25 Books to Remember for 2004. Natasha received the Reform Judaism Prize for Jewish Fiction and the 2005 City of Toronto Book Award; it was also a finalist for the Guardian First Book Prize, and the Los Angeles Times Art Seidenbaum Award for First Fiction. David’s work has appeared in The New Yorker, Harper’s, and Zoetrope, and his stories have been included in The Best American Stories 2005 and 2006. He is a Guggenheim Fellow and a Sundance Screenwriting Fellow.

A series of contemporary fiction and poetry readings organized by Benjamin Weissman, author of two books of short fiction, most recently Headless, and professor of creative writing at Art Center College of Design and Otis College of Art + Design.

Public programs are made possible, in part, by major gifts from the Annenberg Foundation and Mimi and Werner Wolfen. Additional support is provided by Laura Donnelley, Bronya and Andrew Galef, Erika Glazer, and an anonymous donor. 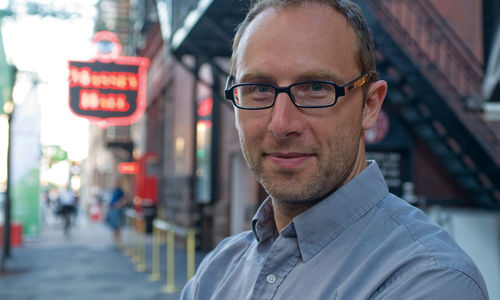