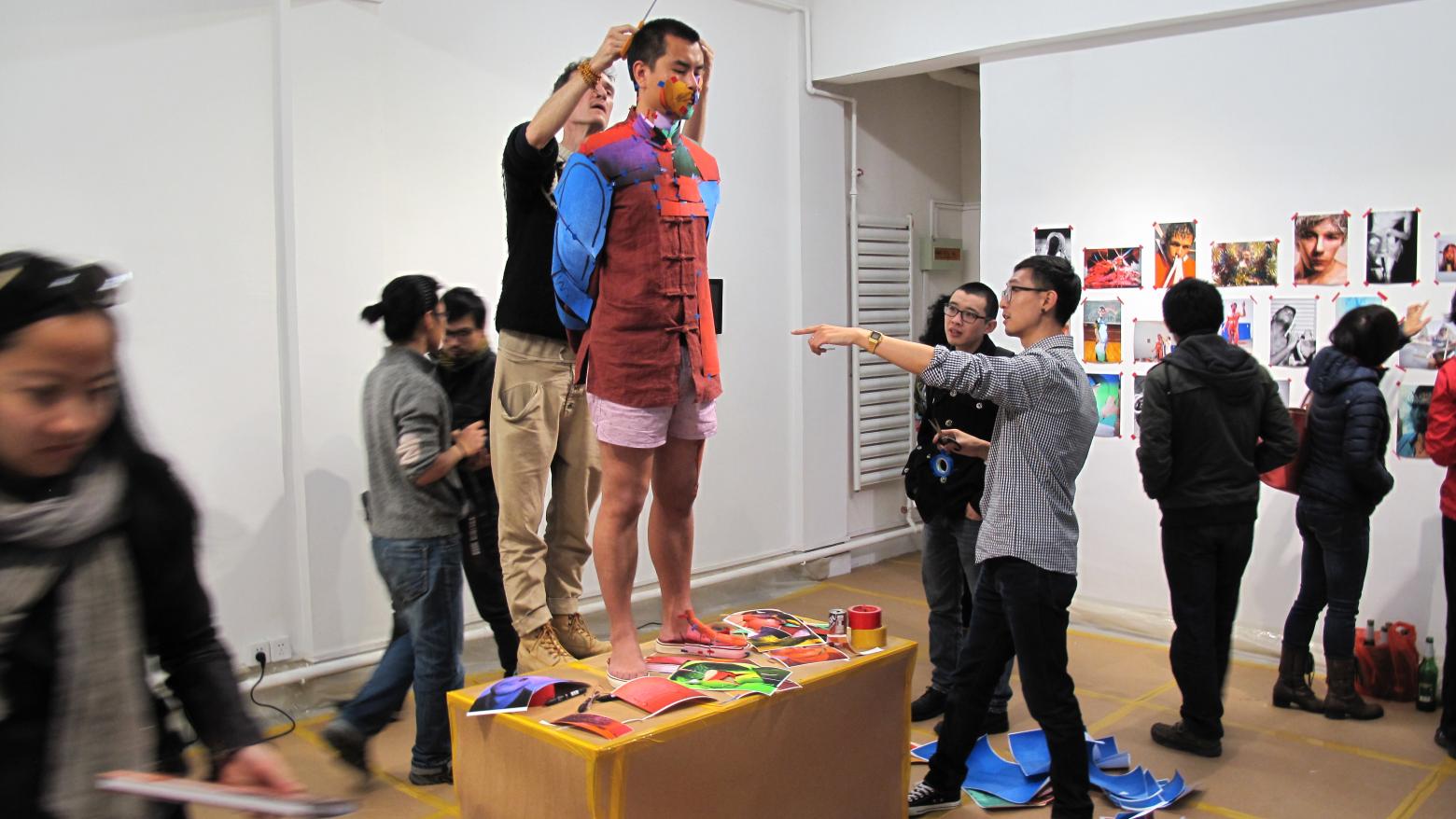 Oliver Herring is an independent soul that travels the world making his work in various institutional and non-institutional locations. His independent creative process of art making is highly dependent upon the unknown, the new, the stranger, and friends.  He is like a mad conductor of an orchestra or a siren on a cliff over looking a city of people passing by. But he needs people; old, young, artist, student, common, or not, it doesn’t really matter. He is looking for souls that are willing to let go and allow him, a seasoned guide, to lead them into some mysterious, fun, and creative adventures. Once the people are in place and the process has started it takes on a life of its own and has the potential of producing magnificent results, not only in art objects, but also in lives changed. His work is about relationships and how different interactions will always produce different and unforeseen results. Herring’s work is all about the process; how can one become a ‘bird’ and to fly high over the ruts and routines of life into the freedom of the sky. This is his wild art.

Herring has made Telescope his base of operations where he is slowly building an exhibition through numerous performance works with varied strangers. For his first performance he photographed a few students from head to toe, printed out the body parts, cut out and reassembled these pieces back onto the models during a day long public exercise entitled Areas for Action, Beijing: Photo Cut Out. The photos posted are of the opening to his Telescope residency. Every week Herring will continue the previous performances as he transitions into new media, tools, people, and performances. Stay tuned for more coverage… 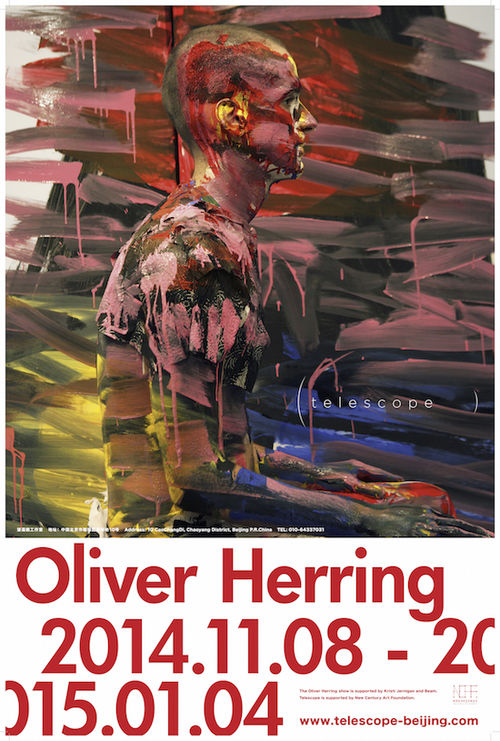 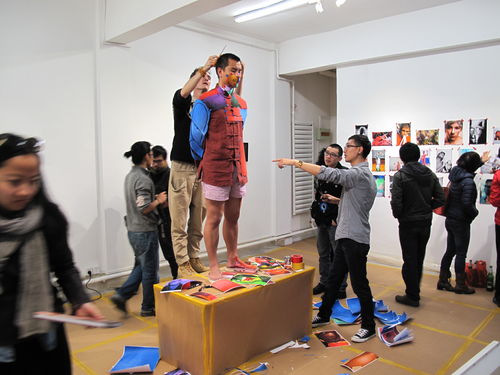 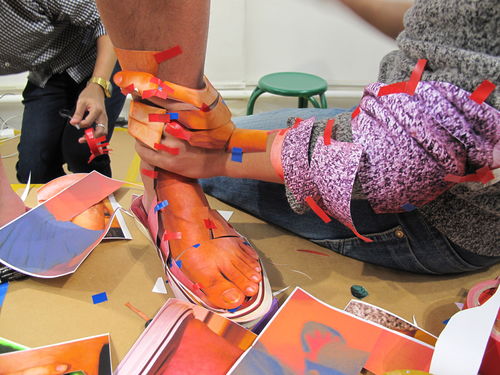 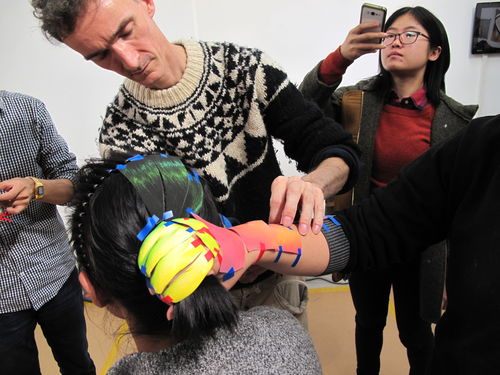 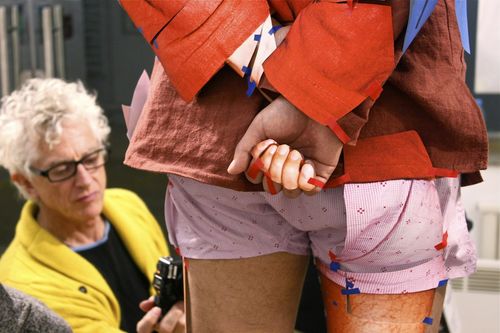 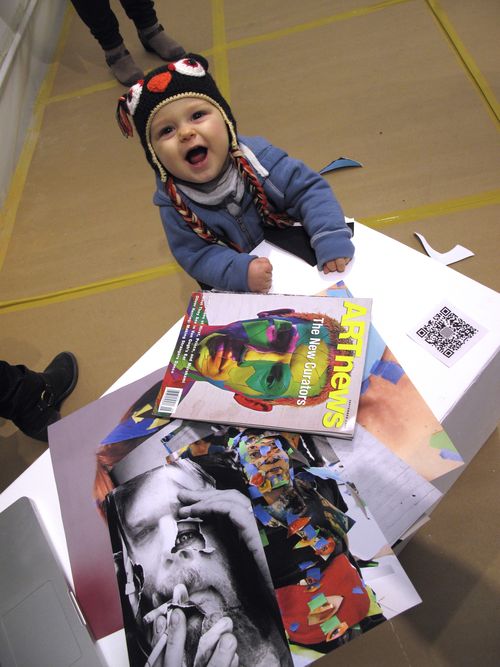 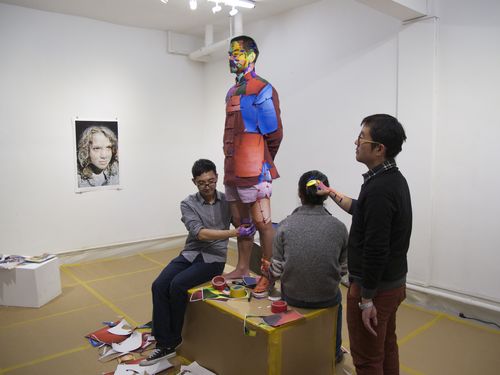 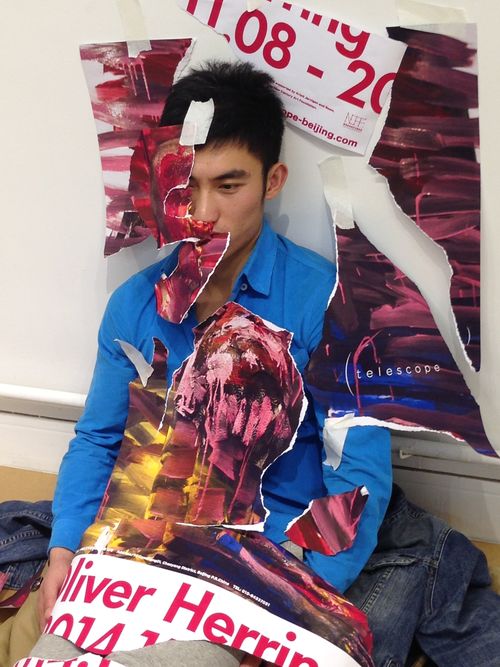 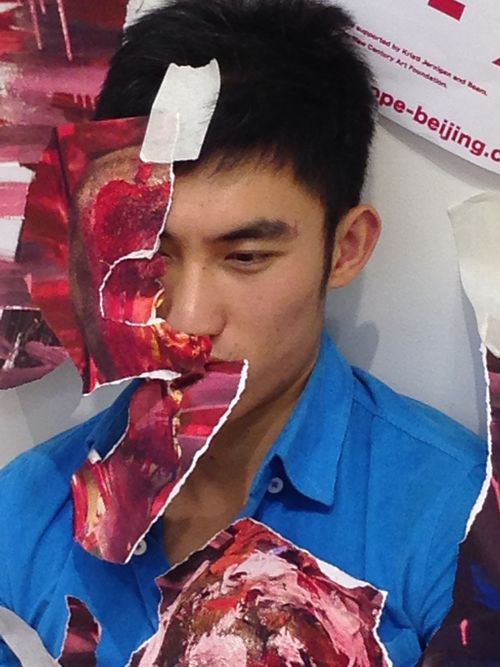