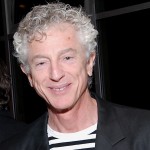 With a prestigious grant from the Asian Cultural Council, Hammer adjunct curator  James Elaine moved to China in April 2008 to seek out emerging artists within China and throughout Asia. This blog provides a fascinating insight into Jamie’s travels and the art world in China.

From the moment I landed in Beijing on April 7th it has been non-stop gallery and museum openings, traveling, lunches and dinners with artists, gallerists, curators, and collectors. I have made many studio visits, attended a panel discussion and performance at Beijing University on the issues of art and censorship led by the students of the law department and the heads of art departments from the top art institutes of China. It was all in Chinese, of course, and I was the only “wai guo ren” (foreigner) there. Those in attendance were impressed that a foreigner showed up and made it to the end. Panel discussions in China are not like those in the US.  This is one area where the west exerts more control than our Chinese counterparts. Perhaps we have shorter lectures because we have shorter attention spans, or have more ‘important’ things to do than to sit in an auditorium for hours on end listening to discussions, and questions and answers? If you attend a lecture in China do not make dinner reservations afterwards too early in the evening or your food will definitely be cold by the time you arrive. I am the only foreigner most places I go. But I have noticed, even since I arrived in Beijing just a few short months ago, that many more tourists including loaded down tour busses are now showing up in the 798 art district to wander the streets and visit the galleries and shops. 798 has been designated a tourist destination by the government and is even now found on city maps. This is quite a difference from just a few years ago when artists and galleries first started showing up in this old factory district. At that time, I believe, 798 was just an underground experiment and no one knew how long it would last until it was shut down by the authorities. But now, the government has seen what art can do for the economy and urban regeneration and is investing heavily in the face and infrastructure of this old factory district turned art Mecca. There are petunias everywhere now replacing leaking steamy pipes and rubble. This is the typical story we know so well in the west; first comes the artists into forgotten and blighted areas, next come the galleries, then follows the boutiques and cafes, and finally soaring rents and the exodus of the original tenants. China is no different. I have heard of several galleries having to move out because they cannot afford the rents anymore. Now 798 even sports a Nike museum and swanky NY styled cafés with NY styled prices. Pace Gallery just opened a grand new imposing space with more high-end galleries to come I am sure.  It is a bit dizzying and exciting at times, but at others downright depressing. Many older and funkier mom and pop shops with strange and illogical items for sale have vanished as have many of the artists studios. In their place is the high gloss of commerce. The air is really thick in Beijing but when the pollution allows I can watch it all happening below from my 24th floor apartment windows overlooking 798.