Hammer curator Erin Christovale, who organized the Hammer's presentation of Bob Thompson: This House Is Mine, joins writer, artist, and teacher Ashon Crawley and MacArthur Fellow, professor, writer, and curator Kellie Jones to discuss the themes in Thompson’s work. Ashon Crawley is a writer, artist and teacher, exploring the intersection of performance, blackness, queerness, and spirituality. Associate professor of Religious Studies and African-American and African Studies at the University of Virginia, he is author of Blackpentecostal Breath: The Aesthetics of Possibility (Fordham University Press) and The Lonely Letters (Duke University Press). He is currently working on a book about black social life; a book about the Hammond B3 organ, the black church, and sexuality; and a short story collection. Founder of the Otherwise Arts Lab, an integrative arts practice and space, he has had art fellowships with Yaddo, MacDowell, New City Arts Initiative, and Gilead COMPASS Faith Coordinating Center. His audiovisual art has been featured at Second Street Gallery, Welcome Gallery, Bridge Projects, and the California African American Museum. All his work is about otherwise possibility.

Dr. Jones’s writings have appeared in a multitude of exhibition catalogues and journals. She is the author of two books published by Duke University Press, EyeMinded: Living and Writing Contemporary Art (2011) and South of Pico: African American Artists in Los Angeles in the 1960s and 1970s (2017), which received the Walter & Lillian Lowenfels Criticism Award from the American Book Award in 2018 and was named a Best Book of the Decade in 2019 by ArtNews, Best Art Book of 2017 in The New York Times and a Best Book of 2017 in Artforum.

Dr. Jones has also worked as a curator for over three decades and has numerous major national and international exhibitions to her credit. Her exhibition Now Dig This! Art and Black Los Angeles, 1960-1980, at the Hammer Museum, Los Angeles, was named one of the best exhibitions of 2011 and 2012 by Artforum, and best thematic show nationally by the International Association of Art Critics (AICA).She was co-curator of Witness: Art and Civil Rights in the 1960s at the Brooklyn Museum, named one the best exhibitions of 2014 by Artforum.

Bob Thompson: This House Is Mine 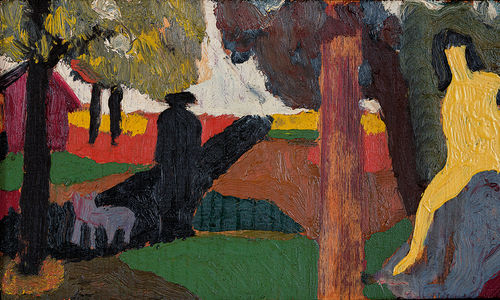