Co-presented by the UCLA Department of Theater

Salome by Oscar Wilde is one of the great masterworks of the early 20th-century English aesthetic movement. Yet its history is fraught with scandal. Written in French for Sarah Bernhardt and translated by Wilde’s lover Lord Alfred Douglas, the play was considered so decadent that it was frequently banned. It also served as the basis for the equally shocking opera by Richard Strauss. Michael Hackett, chair of the Department of Theater of the UCLA School of Theater, Film, and Television, will direct a reading of Wilde’s provocative play. 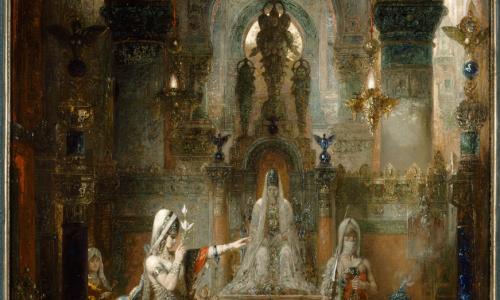