In the mid-'50s, on the trailing edge of the Mexican cinema's storied “Golden Age,” stark realities began to transform Mexico’s motion picture industry. Economic downturns rapidly led to nationalization, the introduction of production and distribution quotas, slashed budgets, censorship and highly bureaucratic production practices. One of the most intriguing products to emerge from this restrictive atmosphere, “Mexploitation,” combined elements of several popular genres to efficiently churn out mass entertainment with pre-sold appeal. Monsters, mad scientists, space ships, robots and shapely space-women now shared the screen with the charros and campesinos of Mexico’s romantic past; the mummies and Spanish nobles of its colonial and pre-colonial legacies; and the modern, masked, “lucha libre” wrestlers who had fast become the leading heroes of working class entertainment. These sci-fi and fantasy culture jams proved enormously popular and remained a staple of Mexico’s commercial cinema until the mid-1970s. Hilarious and endearing for their rock-bottom production values, stilted acting and gimmicky devices, the films are also a treasure-trove of information about Mexico’s ambivalence toward tradition, modernity, religion, ethnicity, sex roles and economic development—tensions which persist to this day.

The female inhabitants of the planet Sibila want to invade Earth, but in order to breathe the Earth’s atmosphere for more than a day, it is necessary to create breathing adaptors from the lungs of living humans. A vanguard force comes to Earth seeking human specimens. Landing near an amusement park on Earth, they manage to disguise their ship as an innocent ride, thereby trapping several Earthlings and bringing them to Sibila. This sets up an intergalactic confrontation that pits rational, masculine, scientifically advanced Mexico against hysterical, overdressed and over-coiffed, feminine outer space. Seguro, it’s clear what has to happen.  (35mm, b/w, subtitles, 85 min.) Funded by the UCLA Arts Initiative and co-presented with the UCLA Film & Televison Archive. 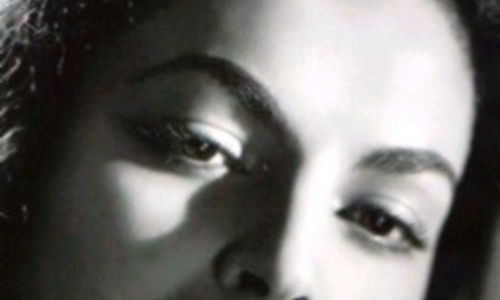