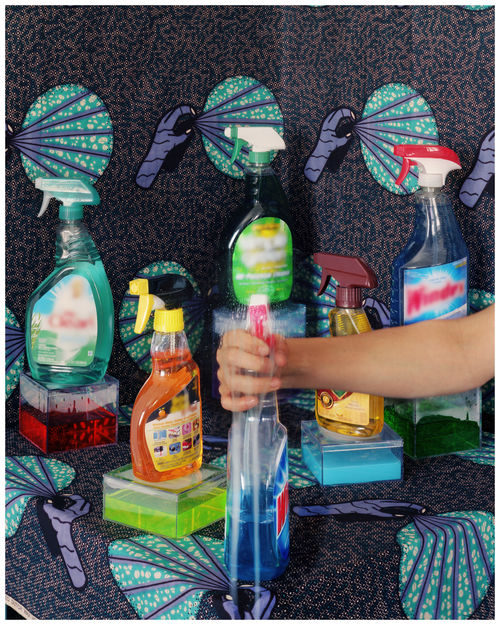 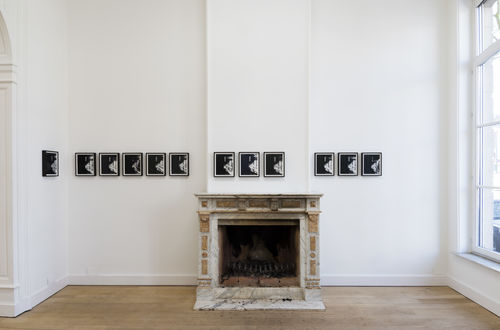 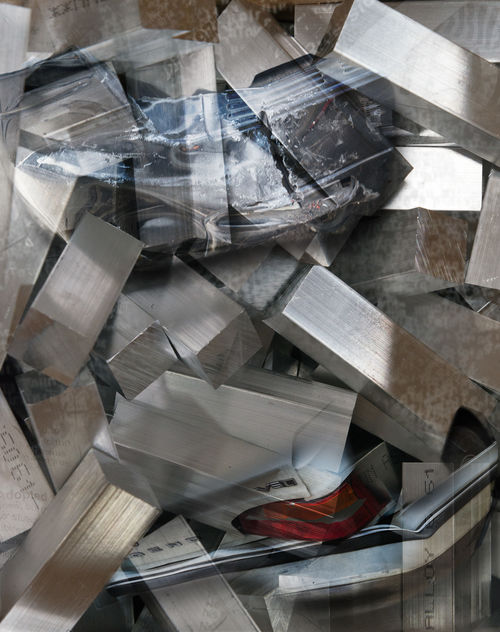 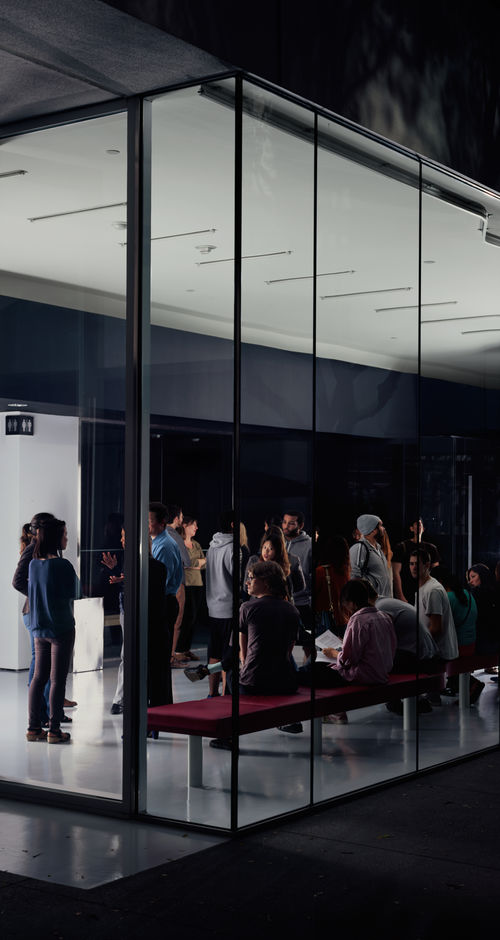 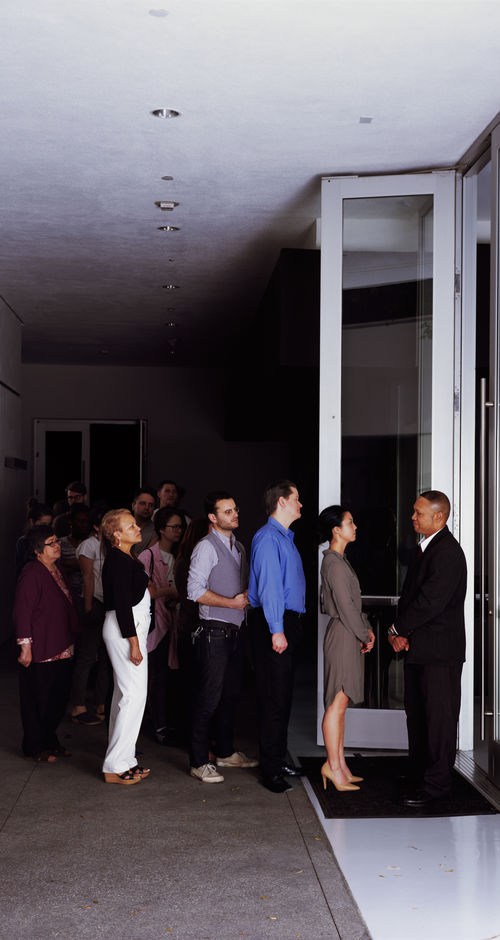 Marina Pinsky plays with the concept of space and time within the photograph, manipulating and layering shots to fill the frame with voluminous imagery. In her process, she uses a combination of digital and analog techniques to compose an image. At first glance her photographs appear to be staged scenes, but close inspection reveals that the artist has edited them to create compositions that move between virtual and physical worlds.

Pinsky carefully constructs her photographs through a variety of methods—building assemblages of items, initiating formal experiments, and manipulating in different ways. For instance, some series feature composites—two different photographs layered on top of each other. The layering of the photographs creates an effect that simulates the passage of time, which is jarring against subject matter that takes cues from product photography as well as mass produced instruction manuals. Pinsky’s subjects—men picking locks or mundane objects standing against brightly colored prints—paired with her use of time and nonlinear sequencing , upend the viewer’s expectations about cohesion and narrative progression within photography.