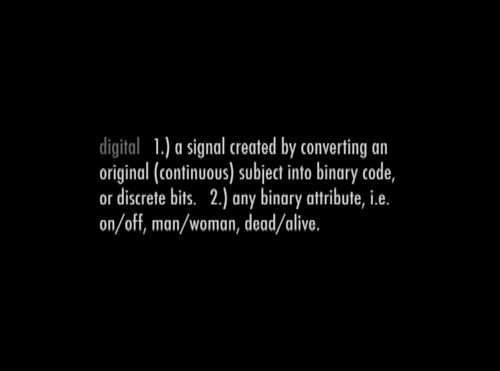 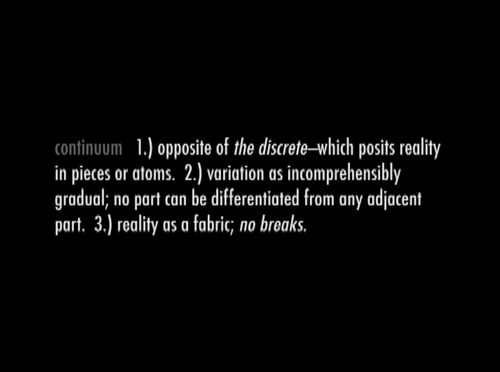 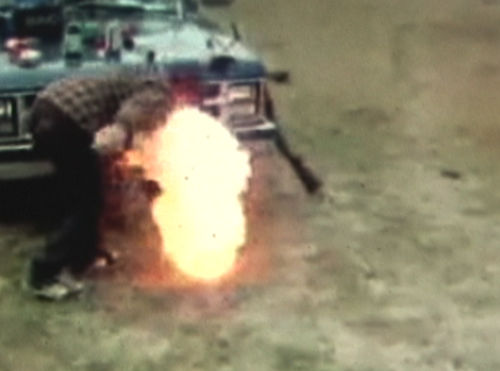 Harry Dodge, Fred Can Never Be Called Bald, 2011
Fred Can Never Be Called Bald - Harry Dodge
Harry Dodge Fred Can Never Be Called Bald, 2011 Video, color, sound 39:56 min. Courtesy of the artist and Wallspace, New York
Harry Dodge's The Time Eaters: Q & A
8/20/2014---The Time-Eaters follows the orientation of a freshly-minted human to earthly matters, both fleshly and phantasmagorical. This orientation, delivered by an ambiguously-gendered guide, is essentially a monologue that plays with comedic and narrative conventions while also exploring foundational questions about language: its relationship to knowledge, time, abstraction, experience, communication, and intimacy. As the title suggests, the video is also interested in the surfeit of information currently at our disposal, the time we take in downloading it, and the relationships forged by human animals in its haze. Featuring Angela McGuire and Phil Davis. (2014, Dir. Harry Dodge, 41 min.) http://hammer.ucla.edu/programs-events/2014/08/harry-dodges-the-time-eaters-world-premiere/

Lecture at Cornish College of the Arts

Lecture at Cornish College of the Arts

Interview with The Miami Rail

Harry Dodge has been using performance, video, sculpture, drawing and writing to create interdisciplinary work since 1993. Installations of Dodge’s drawings and sculptures are intricate webs of forms, ideas, and provocations. In the drawings, lumps and blobs appear amid Neanderthal-like human animals, bedsheet ghosts, and makeshift tools, which conjure—or sometimes discuss via thought bubbles or other linguistic forms—a cosmology related to thresholds, multiplicity, and the social strains and paradoxes of having a physical body. In Dodge’s sculptures, disparate objects are forced into each other, foam and urethane resin ooze and eventually overflow their would-be containers.

Dodge’s videos, typically a collision of profuse language and darkly humorous performance, often emphasize transitive states. Fred Can Never Be Called Bald (2011) intersperses distorted, low-resolution YouTube clips with definitions of words connected to transformation and continuum. Young men perform desperate antics, such as lighting themselves and objects on fire, while footage of threatening weather creates a sense of dread. Also for this exhibition, Dodge includes a free pamphlet, The River of the Mother of God, v.2, a meditation on fluidity, specificity and indeterminacy