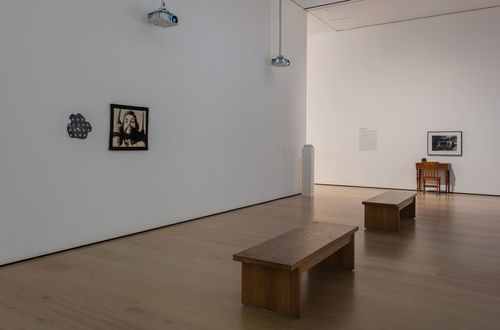 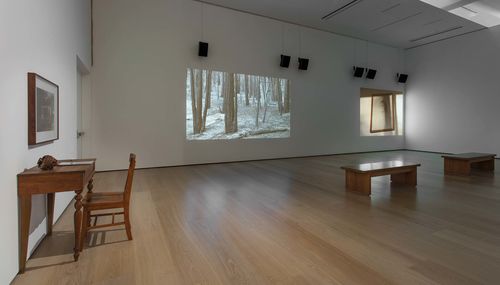 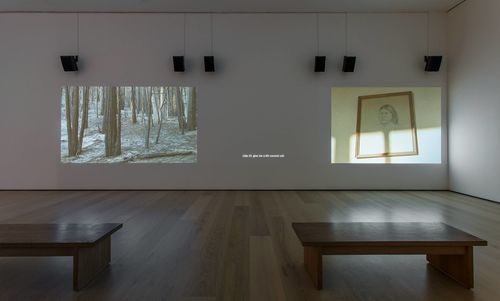 James Benning is an independent filmmaker who has been exploring the medium for more than forty years. More recently, Benning has branched out to work with photography, archival materials, installation, and multimedia works, and he has perfected the art of stillness and meditative imagery in his often landscape-oriented works.

Made in L.A. 2018 presents Benning’s multimedia installation Found Fragments, which features film, photography, painting, and found objects. The work draws from three seemingly disparate moments in US history in order to examine what they suggest collectively about the sociopolitical conditions of this country. Benning made Found Fragments in reaction to conversations he had shortly after the Twin Towers collapsed on September 11, 2001, in which many people around him expressed that the world had forever changed.

The centerpiece of the installation is a three-channel video projection titled Found Fragments (scorched earth, Ash 01, RED CLOUD). In scorched earth, embers of a massive forest fire that occurred in 2016 in the Sierra Nevada Mountains burn slowly. The fire spread rapidly because of California’s ongoing drought and Benning had to evacuate his home. The drought and the after- math of the fire offered an opportunity to consider environmental degradation and natural resource depletion. Ash 01 features the radio transmission of a US Air Force B-52 fighter plane, which documents the night during the Vietnam War when, within a 15-minute timespan, 116 B-52 planes descended upon Hanoi and Haiphong. The Christmas bombing of Hanoi resulted in the deaths of 1,624 civilians. Over one million people died in the Vietnam War; 58,318 of which were American. RED CLOUD records the movement of the sun as it rises and sets over a framed drawing of a Native American man, which Benning found in a thrift store near his home. The title is a direct reference to the United States’s scorched earth policy and internment of the Navajo in the 1860s, which resulted in mass genocide. Found Fragments also incorporates various objects, including a tapestry of Che Guevara; a small oil painting titled Hanoi, which depicts a Vietnamese soldier manning a SAM missile site as a B-52 bombed Hanoi during the Christmas bombings; and a text outlining how all the elements of the installation intersect.