Sterling Ruby’s altered readymade sculptures are remnants of the metalwork that took place for decades in the industrial warehouse that now functions as his studio in Vernon, California. The welding tables left behind by the building’s previous owner have since become a material expression of the artist’s interests in excavation and personal archaeology, having initially served a functional role in the production of new works in the studio before assuming their current status as contemporary sculpture. At once situating Ruby’s tendencies and interests within the long history of manufacturing in Southern California, the sculptures become evidence of his broader concerns, in which the accumulation of materials and artifacts of a studio-based practice are endlessly “dug up and reassessed” into new forms.

The accumulation of slag on the surface and underside of Ruby’s tables functions as a material allusion to the layered past of manufacturing and the conditions of labor in the city and its surrounding areas. In many respects the tables bear the weight of personal histories, reflecting the names, identities, marks, and accumulations of individuals who used them in the past. They have since become sculptures bearing the marks of deliberately additive and subtractive processes. Notably, they are compositional surfaces or dimensional collages in which metal fragments and objects like frying pans, pipe, and scrap merge with the utilitarian qualities and inherent minimalism of tabletops. Serving as an index of the objects’ past life—in addition to now being part of Ruby’s wider output, which is inherently tied to salvaging and reuse—the tables sit squarely as products of both art and industry. 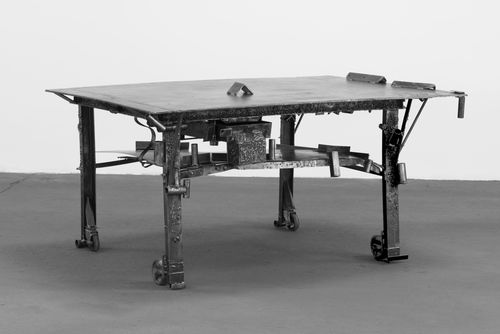 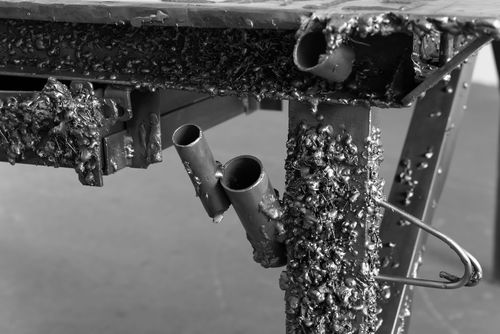 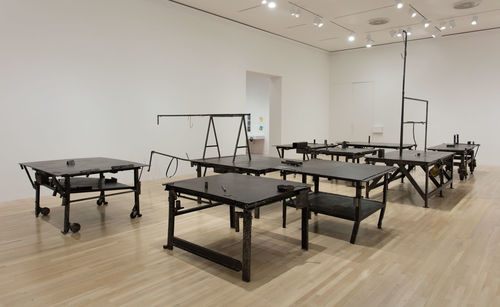 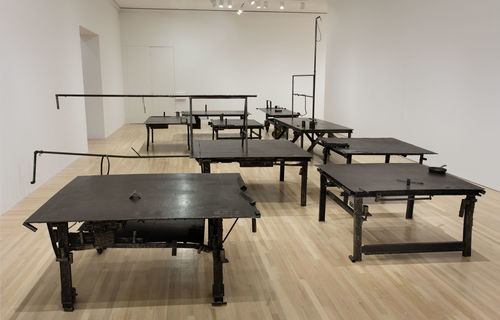 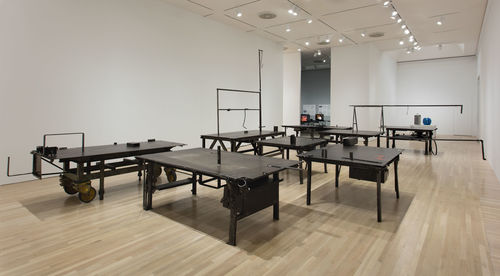