Since the early 1990’s, Richard Hawkins has developed an emphatically diverse art practice that resists easy classification. Offering alternate histories through the juxtaposition of decidedly unlike elements—whether ancient Greek and Roman sculpture, 19th-century French Decadent literature, post-structuralist theory, 1980s teen hearthhrobs, Native assimilation in the American Southeast, or the intricacies of Thai sex tourism—the work is, at its core, about the pleasure of intense looking. Hawkins is an equal opportunity voyeur, but it is the male figure—often young, beautiful, and exotic—that is the subject and inspiration in his work. Bolstered by alternative historical precedents or influences and infused each time with new ways of seeing, he takes his subject well beyond personal indulgence into the realm of a deeply engaged rethinking of representation. Critical pairings are primal matter, making collage not simply a medium for Hawkins but a philosophy/methodology that defines his art. His earliest mature statements took the form of collage, and the medium has held firm within his oeuvre ever since. For this reason, Richard Hawkins: Third Mind—the artist’s first American museum survey—is largely focused on his collage-based work as a platform from which to understand his larger practice.

The title, Third Mind, makes reference to Richard Hawkins: Of two minds simultaneously, the artist’s 2007 exhibition at DeAppel in Amsterdam. The phrase “of two minds” typically means to be undecided, uncertain, or unsure. It is not indecision, however, that is at play in Hawkins’s practice. Rather he is deliberate and indeed mindful in the “duplicity and ambiguity” that characterizes his work. In this way, Third Mind serves as a testament to the artist’s continued propagation of “minds,” made up of a steady stream of thoughts, ideas, desires, fantasies, interactions, possibilities, viewpoints, opportunities, opinions, memories, and meanings. The title also invokes William S. Burroughs and Brion Gysin’s 1978 book, The Third Mind, which introduced the concept of the “cut-up” in literature. Inspired by the history of collage in the visual arts and a natural extension of Gysin’s own visual collage practice, the cut-up becomes for the authors an alternative to the “either-or proposition” and linear declarative sentence structure that “shackles” Western thought and linguistics. Just as Burroughs and Gysin had deconstructed narrative structure through their cut-ups, Hawkins continually reconstructs himself as an artist with a practice that is remarkably unified within constant yet fluid shifts over time and among genres, techniques, and mediums. Inherent to his work is an invitation to feel things at the extremities of human experience and an acknowledgment, even championing of difference, desire, and pleasure as productive ends in themselves. 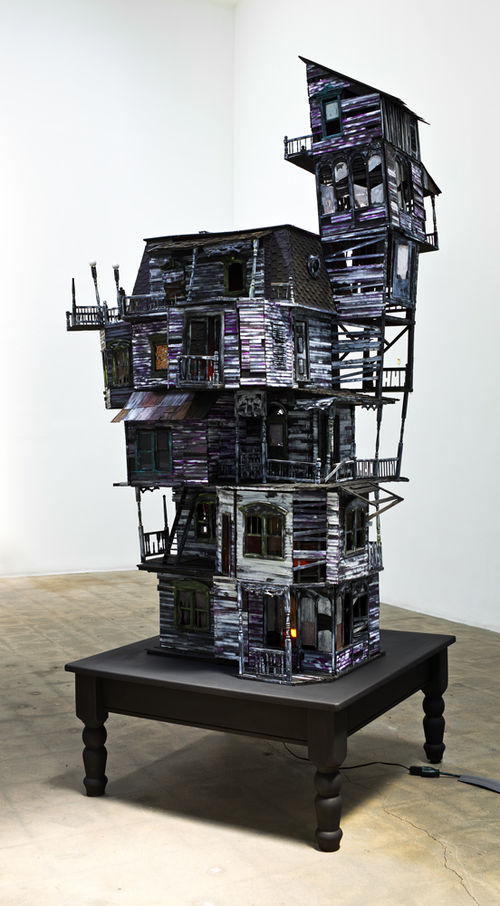 Organized by Lisa Dorin, Associate Curator, Contemporary Art, The Art Institute of Chicago consists of approximately 60 objects, including books, collages, drawings, paintings, and sculptures spanning his 20-year career and highlights several major bodies of work with particular consideration of the collage medium as the central mode of Hawkins’s practice.

Richard Hawkins: Third Mind was organized by The Art Institute of Chicago.

This exhibition is made possible by a grant from The Andy Warhol Foundation for the Visual Arts.

Generous support for the Hammer’s presentation is provided by George Freeman and Samantha Magowan and Colin Magowan. Additional support is provided by Alan Hergott and Curt Shepard.