Brooklyn-based artist Rob Fischer salvages material from abandoned buildings and junkyards and reconfigures them into large-scale sculptural environments that weave past histories into the present. For the Hammer's Lobby Wall, Fischer used recycled wooden floorboards from the gymnasium of a derelict school in southern Minnesota to create a labyrinth-like mural that winds around sculptures made of hand-painted and screen-printed signs and panes of glass. Inspired by the American mythology of the road trip, rooted in notions of freedom and self-discovery, as well as the thousands of miles of interstate highways that connect our cities and small towns,the overlapping and intersecting floorboards are like a map of a fantastical roadway.

This exhibition is organized by Hammer senior curator Anne Ellegood. Rob Fischer, I Bet You Think This Song is About You, 2005 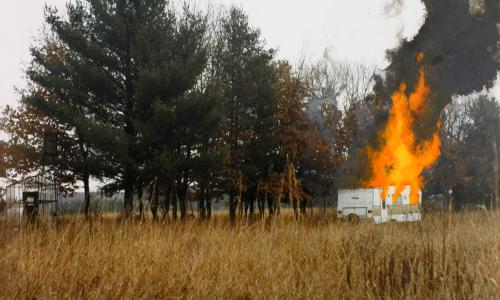